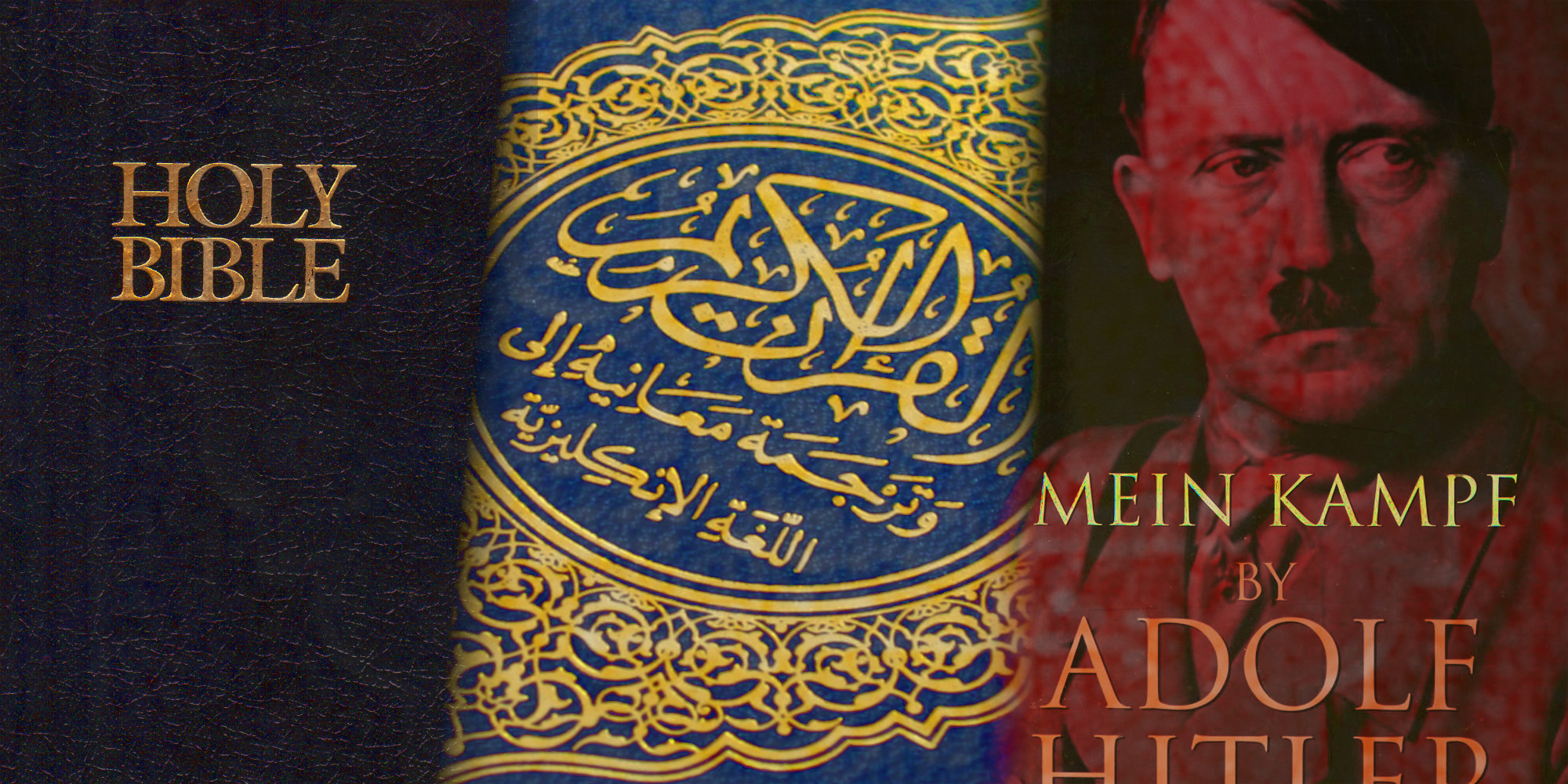 Can books be evil? Will that crime thriller you got for Christmas light your house on fire after cooking meth in your bath tub and chasing the neighbourhood kids with your snowblower?

I would say no, but it seems there are people out there that are of a different opinion. “Mein Kampf” is back in print in Germany, and some people are horrified; Afraid of the written word, just like how Muslims seem to be afraid of cartoons and women.

I personally haven’t read it. Nor will I probably ever, but I consider it more of an insight into the mind of a delusional person than a bomb of hate that will poison the world and lead to the return of the third reich. The only way to battle that kind of evil is to know what makes it tick, and the only way to know what makes it tick is to not censor the documents on the matter. Information is neither intrinsically good nor evil, it is what you chose to do with it. Take lock-picking for example; when used for good it helps you get back into your house or car after losing your keys, but when used for evil it lets criminals make off with your expensive home entertainment system without breaking a window first.

Thoroughly reading the bible is what sends sensible people away from Christianity, as the vile stuff found in there is a genuine eye-opener for all but the most extreme cultists and the same goes for the qur’an. Thus banning them would not be a solution to anything. Making sure the bible and the qur’an could be found in the fiction section of the book store would be a much better idea. Especially considering how many creatards that believe the Earth is 6000 years old, that man walked alongside dinosaurs, and that brushfires can talk just because “it says so in the bible.”

Don’t fear the books. To paraphrase Sun Tzu; “success is gained by carefully accommodating ourselves to the opponent’s purpose.”

Freedom is never more than one generation away from extinction. We didn’t pass it to our children in the bloodstream. It must be fought for, protected, and handed on for them to do the same.