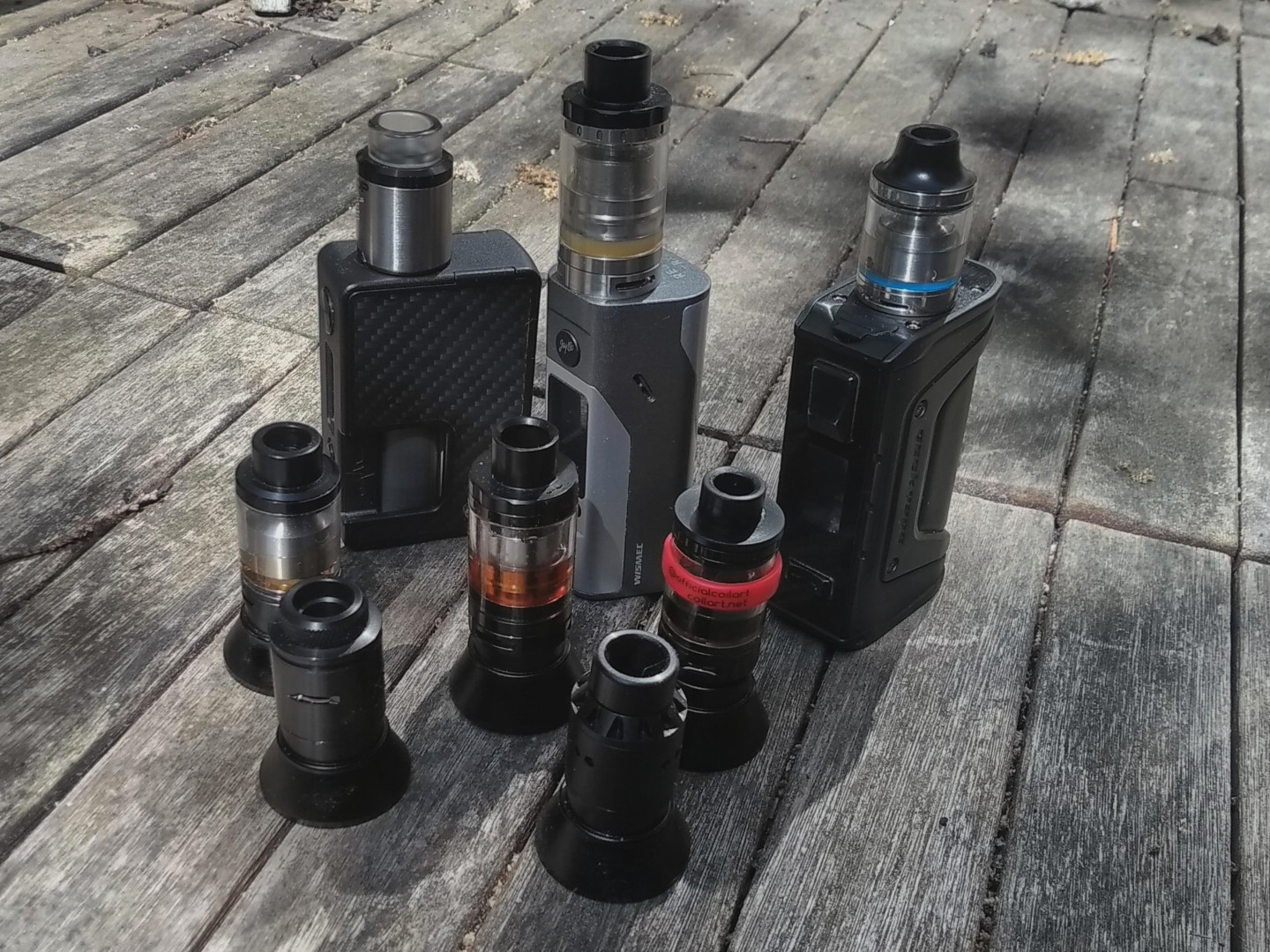 Electronic cigarettes aren’t new. They have been around for over 10 years, but there is still a lot that isn’t properly understood. This is even more apparent following the “vape lung” craze of 2019, not to mention the Australian delusion and the movement to ban flavored vape juice.

Let me start by giving the finger to the dumbest ideas of them all, the bans. This really doesn’t make sense on any scale, or from any viewpoint. I understand how flavors can make e-cigs more attractive to teenagers, but at the same time we already have laws in place to stop teenagers from getting their hands on cigarettes and other nicotine products. The logical thing to do is to acknowledge that these laws need bumping or reinforcing and go from there. Banning flavored vape juice for this reason is like banning cider and alco-pops to keep kids from drinking. Prohibition didn’t make alcohol consumption safer — up to 10,000 people died from drinking denatured alcohol.

For starters, if you don’t already use nicotine you shouldn’t start vaping. If you already smoke, vaping might offer you the way out, especially if you suffer from diabetes. While there are indications that vaping might elevate blood glucose levels, this increase is extremely tiny and short in duration. Diabetes can lead to amputation as it increases the potential for circulation issues and nerve damage in the lower extremities, a risk that is greatly increased by smoking tobacco. So if you are a diabetic smoker, switching from cigarettes to vaping can literally save your feet.

Those of us that take vaping seriousy also take our health seriously. We read and research a lot, we learn about chemicals and substances, we plow through material safety data sheets (aptly abbreviated MSDS) but not only that. We discuss what kind of wire is the safest for making coils, what cotton to use, whether or not to use sucralose as a sweetener, and even what sweeteners can be used as safer alternatives to sucralose! Even fructose can be found on many vapers naughty list, from its potential health risks. So most of us are nothing like the bums in the garage downtown that will chug anything as long as it is in a bottle.

And that brings us to the deaths from “vaping” which really aren’t from vaping once you read past the explosive headlines. If the opening factoid about 10+ years of vaping wasn’t enough to convince you, the cases are all clustered across parts of the USA and the FDA is telling people to avoid buying vaping products on the street as well as avoid vaping THC until more facts are known. The problem is not vaping, the problem is something that is added to or contained in black market vape cartridges. One such brand is Dank Vapes, a true black market brand. But instead of taking the fight to the shady dealers that are selling the analogous denatured alcohol the plan is instead to effectively make the market even more shady.

I quit smoking with cigarettes left in the pack. I simply forgot about them. A week before that I picked up my first mod. Vaping made me quit cigarettes after 20 years. I have tried in the past but always slipped, but these days I can’t stand the smell of cigarette smoke. And that makes the fact that cigarettes and e-cigarettes are treated as one and the same in the EU, in Sweden and around the world, even more frustrating. I know the potential it has to help smokers finally quit.

So, dear politicians, if you really want to help us, you need to work with us. Involving vapers in lawmaking and political discussions can be useful in many ways. Right now, regular people are paying big money for lab testing of juice and metals. By offering funding for scientists doing research into the areas current e-cigarette users identify as being the important ones, the whole vape-health discussion can finally stop treading water and start moving into the direction of safer.

My personal opinion is that vaping is a better and safer alternative to smoking. NHS and Public Health England claims it is 95% safer than smoking, and E-cigarettes are even sold at some hospitals in the UK. A lot of people seem to forget that nicotine isn’t the dangerous part of smoking; it is the combustion of organic matter and the inhalation of over 1500 different chemicals, including heavy metals and pesticides. If you look exclusively at nicotine, the research indicates that it is beneficial to short term memory recall as well as in regulating fine motor skills.

A few years ago the big scare was that of popcorn lung, a pulmonary condition caused by a number of factors with diacetyl as the big bad one. Diacetyl is added to margarine to give it a buttery taste, and it is used in vape juice for the same reason. It is also used to give butter flavor to popcorn, hence the name. What nobody was talking about then was that diacetyl is present in tobacco smoke at much higher levels than in vape. And that’s why we do our own research. It is worth nothing that despite the risk is minimal, many vapers still opt to avoid it.

So please, stop fighting against something that has such a potential to help people. If you got questions, ask your friendly vaper. As long as they aren’t wielding a “Juul” they likely know much more about it than you think.

I don’t pretend we have all the answers. But the questions are certainly worth thinking about.